Trucks and truck drivers are integral to U.S. supply chains, moving 70 percent of the nation’s daily freight-by-weight  and generating $700 billion in annual revenue, according to the American Trucking Associations. So mounting discontent by truckers nationally over a range of issues isn’t something our Ohio trucking logistics team – or any one else with a supply chain relying on truckers – can afford to ignore. The biggest problems, truckers say, are beefed-up regulation, lack of adequate training and proposed gas tax hikes – all of which put their safety and financial security at risk. 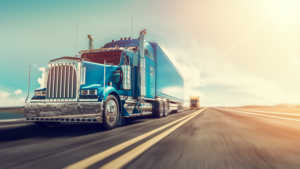 Many of these complaints have merit. However, the tactics being proposed by some fed-up truckers via social media is deeply concerning. A national trucker protest planned for this month vows to “shut down the nation’s highways.”

The likelihood of this actually happening is unclear, but partnering with a dedicated third-party Ohio trucking logistics company ensures you have eyes/ears on the ground  – and won’t be blindsided. Safety will always be our top goal. So too is minimizing our clients’ direct impact if/when transportation industry and labor disputes arise.

Ohioans may recall last month, The Columbus Dispatch reported some 40 truck drivers participated in a “slow roll” protest, traveling under 50 mph on the interstate and through parts of downtown. Mirroring similar recent protests in Indiana, Texas, Illinois and Mississippi, the purpose was to air their grievances and raise awareness for the larger protest, organized through a Facebook group called Black Smoke Matters.

Northeast Ohio trucking logistics firms know that slow-rolling one’s cargo certainly isn’t ideal when delivery deadlines are pending. Still, the tactic is a lot less troubling than the prospect of the upcoming truck driver protest that, per the Facebook “Black Smoke Matters” page that gave birth to the idea, intends to compel immediate action by “shutting down the nation’s highways.” Some drivers have said they plan to call off work that day. Others are promising to park their rigs directly on interstates.

The danger – especially of the latter – cannot be too strongly emphasized. This is why many drivers, even while agreeing with their fellow truckers’ core message, are not on board and are vocal in their consternation. Some have even gone on record to sharply criticize these “rebel” truckers, referring to these methods as “acts of violence.”

As a long-time Cleveland, Ohio trucking logistics firm, we’ve been watching these developments closely, communicating regularly with our drivers and our diverse cross-country network of carriers. Our first and foremost concern is safety – for truckers as well as everyone else who shares the road. Beyond that, the financial impact of even a short-term or partial truck driver stoppage could be quite serious. We work to ensure we’re always prepared to spring into action at a moment’s notice to help our clients navigate unexpected transportation trouble.

There’s no way around it: Historically, trucker strikes in the U.S. and elsewhere have cost industries big-time. For instance, last summer after a week-long truck driver strike in Brazil, the USDA Foreign Agricultural Service reported initial losses of $1.75 billion – which didn’t even factor losses incorporated a month after the fact, when shipments STILL running on a delay. India’s eight-day trucker strike (also last summer) resulted in estimated revenue losses of $582 million-per-day.

Currently, there are about 1.8 million truck drivers in the U.S. Even if every single one of the 26,000 members of that Facebook group participated, we’d still only be talking a fraction of the nation’s truckers, but that doesn’t mean we can afford to ignore it either. Our Ohio trucking logistics pros have been around long enough to remember the UPS strike of 1997, when 190,000 employees (including drivers) walked out. The debacle was exacerbated by the fact that, unlike today, most truckers belonged to labor unions and thus outsiders were unwilling to cross picket lines to aid the company. After all was said and done, UPS lost an estimated $600 million.

The fact that most truckers aren’t unionized means the risk of a massive organized truck driver strike is a lot lower. However, as this recent online collaboration proves, the possibility can’t be entirely discounted.

Business Insider reports if there were a wide-scale truck driver strike today, it would be less than 24 hours before hospitals started running out of critical medical supplies. Certain drugs, including those used for cancer patients, expire after only a few hours. Industries would start seeing near-immediate delays in manufacturing. Any large-scale halt to trucking lasting more than a couple days would result in nationwide shortages in gas, groceries and other critical supplies.

The article paints a scary picture, but it also underscores just how critically important truck drivers are to our businesses, our health, our education and our everyday lives – in ways most of us just never think about.  The good news is the worst-case scenario is highly unlikely. Aside from the lack of driver organization, many drivers deeply disagree – ethically and morally – that halting delivery of supplies people rely on not just to make a living but to survive is a reasonable means of resolving these disputes. If nothing else, though, perhaps it will give lawmakers pause to more carefully consider the concerns truck drivers continue to raise.

Companies that maintain in-house delivery services rather than a 3PL may be at higher risk if drivers suddenly walked because they’d have fewer immediate alternatives. Plus, whatever choices were on the table would come at a premium cost.

Cleveland 3PL providers at On Time Delivery & Warehouse have an expansive network of transportation relationships, which helps ensure we’ve can spring to action right away with an alternative plan.

We also help lower the risk by being attuned to the ongoing concerns of those in all industries critical to our logistics. Protests and strikes typically don’t blindside industries out of nowhere. The “Black Smoke” protest, for instance, has been generating buzz for months. We work to address concerns where we can. Often just being aware of the latest industry or professional roiling helps our Ohio trucking logistics providers plan contingencies and mitigate the risk for our clients.

If you have questions about Northeast Ohio trucking logistics, contact On Time Delivery & Warehouse by calling (440) 826-4630 or sending us an email.

A group of 26,000 truckers wants to strike against the biggest issues plaguing America’s trucking industry by shutting down the nation’s highways — but not everyone is on board, March 26, 2019, By Rachel Premack, Business Insider